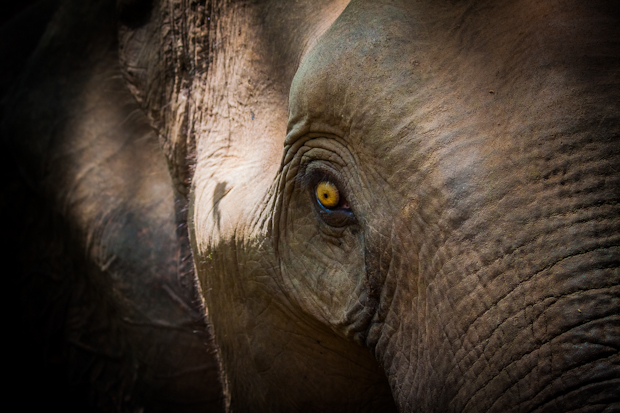 The second annual World Elephant Day Aug 12 is here!   It’s a day to bring people together to help elephants.  It’s also a day to remind us that the world’s elephants are in crisis.

Since the first World Elephant Day one year ago, has anything changed?

Ivory poaching and trafficking crimes, and human-elephant conflict tragedies have continued to escalate taking the lives of both elephants and humans in Africa and Asia.   In countries such as Sumatra and Sri Lanka, much of the endangered Asian elephants’ remaining precious habitat is being bulldozed down to make room for palm oil plantations or superhighways, all in the name of development.  Although in countries from continental Africa and Asia to the USA there have been some poachers arrested, and  tons of smuggled illegal ivory seized, this has made little impact on the multi-billion dollar black market industry that continues to drive the trade.  It’s clear that enforcement policies and penalties are still too weak to make a difference to the kingpins behind the scenes.  Meanwhile anti-poaching squads in African countries such as Kenya, Zambia and the Democratic Republic of the Congo bravely risk their lives to stop the poachers, but in many cases are no match for these heavily armed gunmen. Much about these issues has been reported by scores of journalists, advocates and conservation NGOs, from the big to the small.  There are countless organizations that have been tirelessly working at all levels to bring attention to these issues and to what we can do about it.

At the political level, some government leaders are starting to acknowledge the impacts and scope of the illegal wildlife trade. Political will, policy changes, stepping-up law enforcement and cooperation between all the stakeholder countries is ultimately necessary to stop wildlife crime. Working through this complexity is going to take time but we must be aware that time is something that the elephants do not have.

Optimistically, one positive development that has evolved over this past year has been a steady increase in public awareness about the severity of these issues and the pending demise of not only the elephants, but many other animals such as wolves, rhinos, lions, tigers, gorillas, sharks, dolphins, whales, pangolin, pandas – and the list goes on and on.  It seems that elephants evoke the deepest emotional response in people and brings into focus the urgency of these issues.  Elephants are the beacon, the iconic keystone species that touches the hearts of people worldwide and calls attention to what needs to remain wild and protected from the accelerating demands of global greed.

While the big NGOs campaign against these atrocities and lobby governments to take action on the international stage, it is increasingly important to recognize the role of the ordinary person and what we can do to make a difference.  When united, ordinary people become an unassuming army of passionate advocates who are free from politics and bureaucracies.  Like the approach of a distant rumbling thunder, ordinary people have been independently and steadily building  a grassroots movement to speak out for not only elephants, but all animals and nature.

Much of this grassroots awareness exists because of social media.  In this parallel universe of cyberspace, information and sentiments can be shared across borders and time zones.  If awareness, sentiment  and corresponding thoughts are real things than these are the seeds of future action.

On October 4 2013 the International March for Elephants, as part of the iWorry campaign of the David Sheldrick Wildlife Trust, will hold marches in thirteen cities around the world.  On this day the awareness shared among thousands through social media will be transformed into peaceful action.  Not since the “Save the Whales” movement of the 1970s and ’80s have people come out into the streets to stand up for animals on the brink of extinction.  In tandem to the “official” iWorry campaign, also on October 4th there are independent marches planned in twelve other cities – and the list is growing. The most active is the March for Elephants San Francisco, the core group of dedicated and passionate advocates who are leading the way for a movement on behalf of the elephants.

What can you do to help bring about change on World Elephant Day?  Consider looking at elephants in photographs and film, reading insightful literature and accounts of their behavior, learning about their nature and sharing it with others, especially children.  You will discover that elephants are kindred spirits.  They have many of the qualities that we should aspire to have ourselves.  They are kind, gentle, powerful and vulnerable, and surprisingly respectful of us.  You may be compelled to join this growing international community of concerned citizens who are the spokespeople that the elephants may be calling for – those who wish to protect the elephants and other animals from the crimes that are threatening humanity’s global natural heritage. It’s up to all of us across the spectrum of societies and nations – from government leaders to conservation organizations to ordinary people –  to stand up for the elephants and their habitat and speak out for what we know we must save.  Will the elephants know?  We think they will.