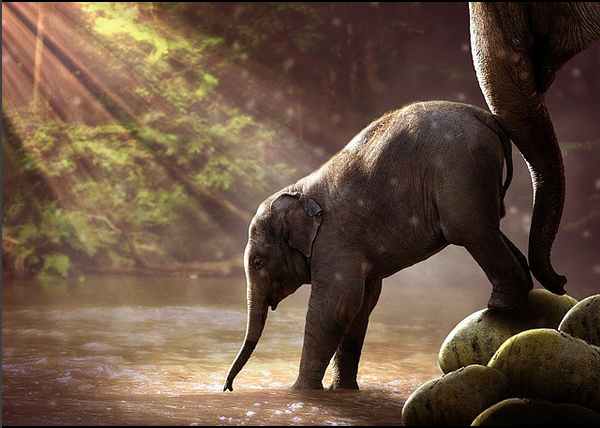 HISTORY
On August 12, 2012, the inaugural World Elephant Day was launched to bring attention to the urgent plight of Asian and African elephants.

FOUNDED
World Elephant Day was co-founded on August 12, 2012, by Canadian Patricia Sims and the Elephant Reintroduction Foundation of Thailand, an initiative of HM Queen Sirikit of Thailand.

MISSION
Millions of participants worldwide have shown their concern about the plight of elephants through acknowledgement of World Elephant Day, proving that people love elephants and want to do whatever they can to help.

VISION
To facilitates all organizations and citizens to conduct campaigns under the auspices of World Elephant Day,
– Citizens
-Students Communities
-Policy-Makers
-Politicians
-Governments

THREATS FACED BY THE ELEPHANTS
Elephant numbers have dropped by 62% over the last decade, and they could be mostly extinct by the end of the next decade. An estimated 100 African elephants are killed each day by poachers seeking ivory, meat and body parts, leaving only 400,000 remaining.

CONSERVATION EFFORTS MADE BY THE INDIAN GOVERNMENT

PROJECT ELEPHANT
The scheme was launched 1992 by the Indian Government, to conserve the wild elephants

NATIONAL HERITAGE ANIMAL
In Indian culture Elephant is the symbol of vehicle of god, so our government announced the, Elephant is Our National Heritage Animal of Our Country.

“Save Elephant Save Forest”