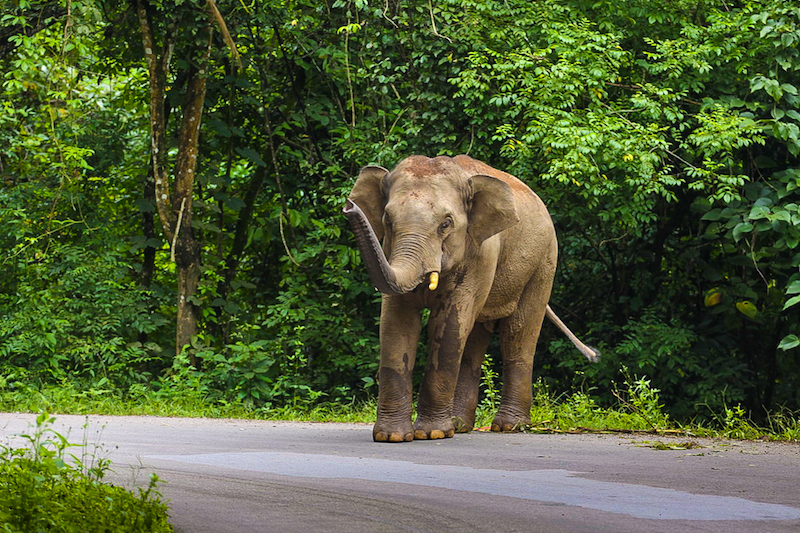 If you’re looking for something to read in the six day count down to August 12th, enjoy World Elephant Day guest blogger Laurel Neme ‘s article on Human-Elephant Conflict, an issue often slightly less prominent in the public’s eye. Laurel describes in snapshots where humans and elephants clash and the resulting terrible consequences on both ends. She also highlights a number of strategies that can reduce those conflicts.

On World Elephant Day, people around the world come together to celebrate these pachyderms and raise awareness about the dangers they face. While poaching and the illegal ivory trade are often at the forefront of news stories, garnering less attention is the conflict between people and elephants.

The roots of conflict are complex. Elephants are being pushed onto smaller and smaller forest and land fragments as settlements expand and habitat is destroyed for other developments. The result is elephants and people sharing the same land—often with disastrous results.

Elephants eat a lot. A single adult can consume 200–600 pounds a day, which means the animals forage for most of the day—up to 18 hours. It comes as no surprise, then, that they eventually move onto farmers’ fields, where they trample and eat the crops. In a single night, a herd can destroy a family’s food for the year. Elephants pose a physical danger as well, sometimes killing or injuring people who try to shoo them away. It becomes a vicious cycle, with farmers and villagers retaliating by shooting or poisoning them, or even helping poachers.

Below are some snapshots of the impact and examples of how communities are trying to lessen the conflict.

Snapshots of the impact of human-elephant conflict:

Laurel Neme is author of Animal Investigators: How the World’s First Wildlife Forensics Lab is Solving Crimes and Saving Endangered Species and Orangutan Houdini, and a regular contributor to National Geographic, Mongabay.com and The Revelator.