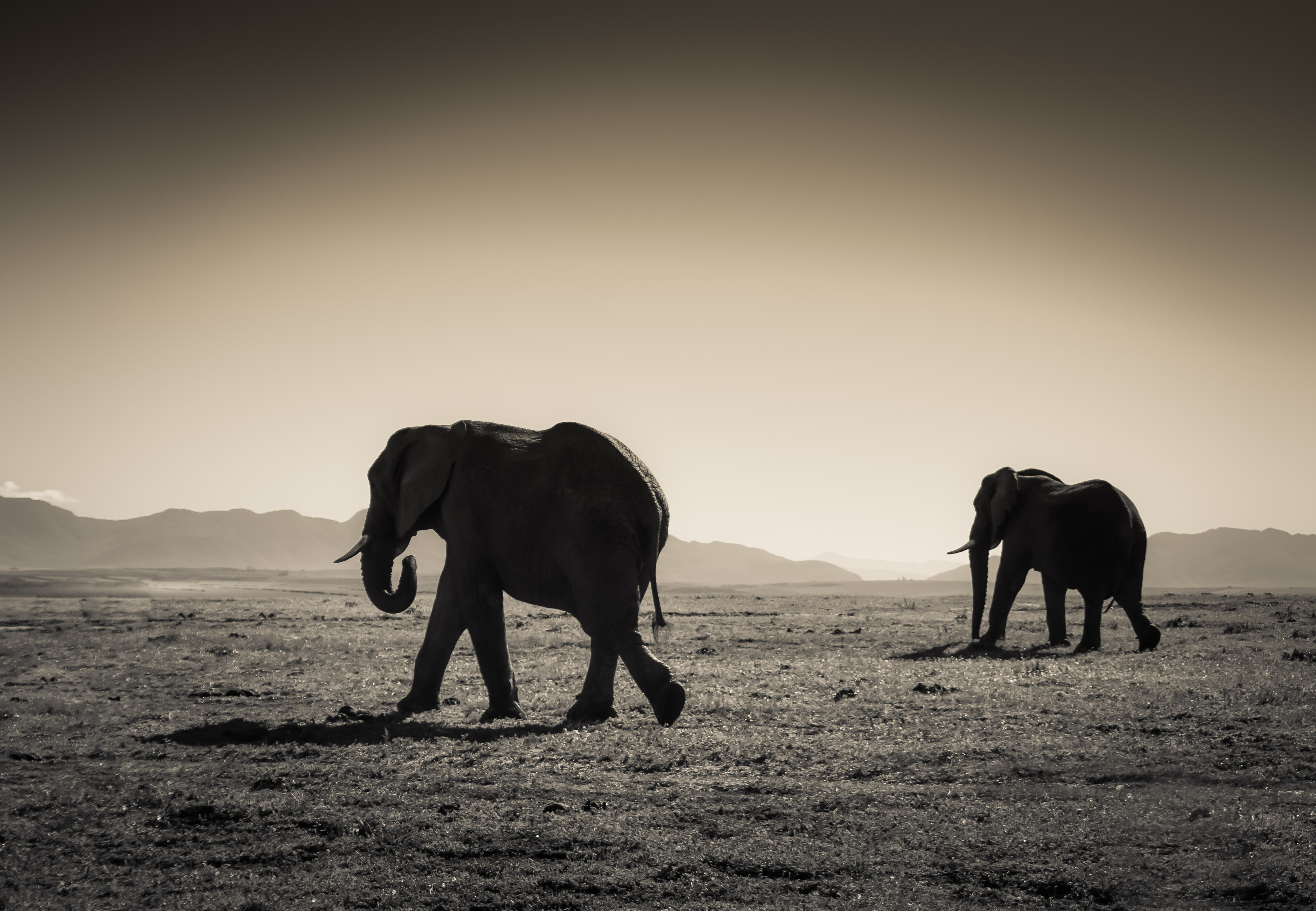 How a human pandemic is disrupting the lives of elephants

When the COVID-19 pandemic unfolded in early 2020, industries slowed, livelihoods changed, and humans around the world became housebound.  In doing so, we largely retreated from a century’s long expansion into natural habitats around the world, and this sudden shift in activity has led to unexpected consequences, including disruptions to the lives of several elephant populations.

As humans stepped inwards, some elephants stepped outwards.  Asian and African elephants who previously had their movements restricted to sanctuaries and wildlife reserves suddenly found themselves with fewer human conservation officers maintaining a watchful eye.  This has led to several examples of elephants modestly expanding their ranges in recent months.  In Asia, it also meant that elephants working in the logging or tourism industries no longer had to be subjected to daily labor.  Sadly, these two examples appear to be relatively minor benefits, and they pale in comparison to the negative externalities that the human pandemic is having on pachyderms. 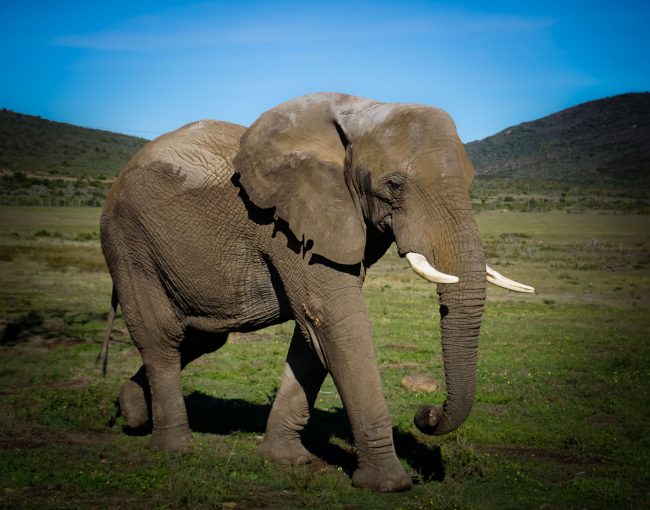 For African elephants living in parks and sanctuaries, their safety is typically safeguarded by crews of rangers and caretakers, but with international tourism coming to a halt, important sources of revenue that would normally be invested into elephants are no longer coming in.  Charities also play a vital role in supporting elephant conservation, but the economic conditions created by the pandemic are leading to fewer dollars being donated to these worthy causes.  With fewer resources available to invest in elephant protection, it seems inevitable that poachers will be emboldened in their actions and that the ivory trade will likely proliferate under these conditions.  Beyond poaching, for their tusks, there has also been an increase in hunting elephants for bushmeat.  Elephant meat presents an option for hungry locals who find themselves in economic hardship and facing their starvation.

In Asia, before the pandemic, the most significant threat to elephant populations was habitat loss due to expanding human settlement.  This has taken the form of agricultural expansion plus the construction of roads, canals, and fences that fragment elephant territory.  The result has been rising instances of human-elephant conflict, with elephants attempting to follow their ancient migratory routes then encountering crops and property along the way.  This has led to animosities, as well as human and elephant deaths.  During the pandemic, these major issues have not dissipated.  In fact, COVID 19 has indirectly led to increased elephant mobility.  This surge boosted instances where elephants are encroaching on farmland and the resultant elephant deaths follow come whenever farmers feel their livelihoods are at risk. 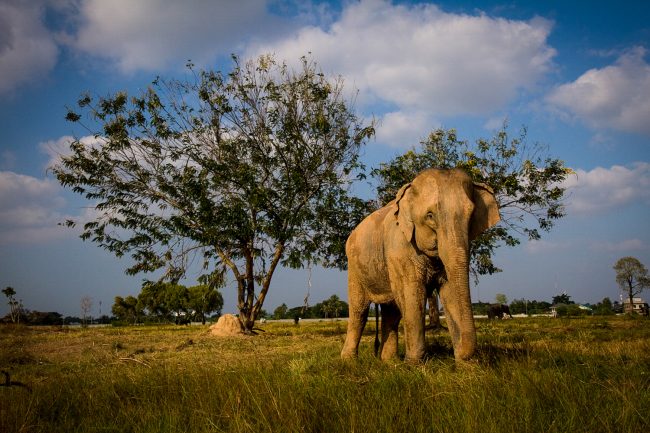 In Thailand, where the majority of the elephant population has been domesticated, the pandemic is having a notable impact.  The approximately 3,800 domesticated elephants in Thailand generally help earn their keep as entertainment attractions but the arrangement has created a dependency to be fed.  In their natural habit, their diet consists of grasses, leaves, roots, the bark of trees, bushes, and some cultivate food such as bananas, rice, and sugarcane. However, in camps, lots of this food needs to be purchased.  In Thailand it costs approximately $40 a day to feed an elephant; however, that is substantially more than the daily minimum wage. Before the pandemic tourism contributed 20 percent of Thailand’s gross domestic product, a large part of which were drawn from Chinese visitors.  Now many of the elephant camps have had to close down or reduce operations.  Operators are faced with the choice of continuing to feed and house the elephants until the tourists return, or simply releasing the elephants into the wild. However, their natural habitat has become more infiltrated with human presence making the ideal opportunity to release domesticated elephants into the wild a tricky to come by. 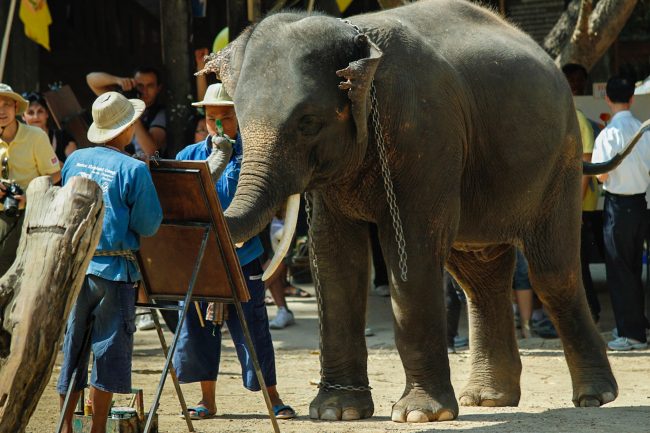 “Once an elephant is captured and trained the elephants develop a bond with the handler,” says Dr. Kushal Konwar Sarma, a veterinarian, and member of Project Elephant, a government-sponsored wildlife conservation program.  “If you release captive elephants into the wild there is a familiarity problem.  These animals, which are trained, have no fear of fire, have no fear of the gunshot wounds or firecrackers.”

However, research has shown that domesticated elephants can thrive in the wild, but the right terrain and assistance is required.  The goal is to reduce human-elephant conflict and that requires breaking the habit of human dependence.  The Elephant Reintroduction Foundation has demonstrated that this is possible with the reintroduction of over a hundred domesticated elephants into Doi Pha Muang Wildlife Sanctuary, Sublangka Wildlife Sanctuary, and Mae Wa-Mae Wok National Park in Thailand.  For some elephants reintroduction is easier than others, interestingly it turns out a key factor in their reintroduction success is associated with human perception of elephants. 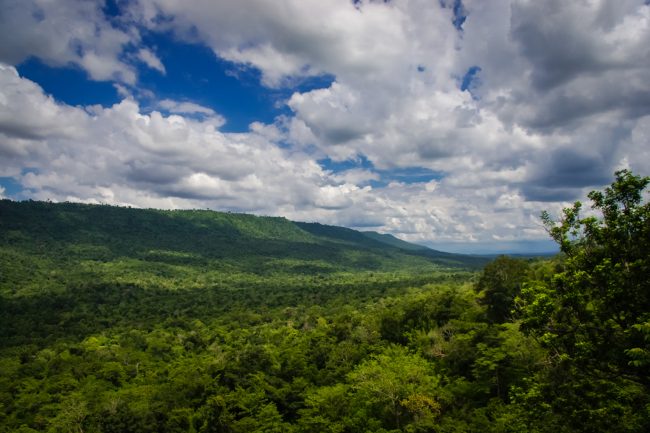 In India, where Dr. Sarma is based, the human population continues to suffer under pandemic conditions, but here elephants have fared somewhat better than other countries.  The value placed on elephants by Hindus, which make up 80% of the population, is underscored by a belief that elephants are sacred.  “As a matter of principle, people revere elephants and feel very bad when elephants suffer from starvation or diseases, so they try to help because they are helping their god,” explained Dr. Sarma.

As most working elephants return to their handlers’ home villages they are welcomed into mostly forested territories where there is a rich supply of greenery and even some fruit like bananas and jackfruit.  In Indian, the majority of elephants are wild, which means there is less unexpected human-elephant interaction than in other Asian countries and perhaps more opportunity for newly released elephants to successfully locate safe territories.  The challenge becomes whether or not the elephants choose to remain near human settlements.  It is when the human-elephant interactions become unmanageable that elephant deaths really start to rise, and the recent economic stress placed on farmers by the pandemic has only escalated the human-elephant tension.

If adapting to the human pandemic wasn’t enough of a challenge for elephants, one group of them may be facing a crisis of their own.  In July, Botswana’s ministry of environment, natural resources conservation, and tourism advised that 356 elephants [1]have died since March 2020 of an unknown cause.  Neither the tusks nor meat had been removed from the animal carcasses, which meant that poaching or hunting were unlikely causes of death.  There does remain a chance that elephants were poisoned, but thus far biological samples sent to 3 international labs have not been able to identify anything.  Scavengers of these carcasses, like vultures and hyenas, have equally shown no signs of poisoning or disease.  These deaths may not be related to COVID 19; moreover, it could not be pathogenic at all.  There are simply not enough clues available to identify a cause yet.  What can be said is that COVID19 has impeded the investigation, as shipments of these biological samples are hindered by the current pandemic restrictions in place.

While it is well known that humans and elephants have a long history together, it has come rather as a surprise to see that it is the absence of humans that have had the most pressing impact on elephants’ welfare.  It appears even in times of crises human and elephant behavior is closely intertwined. 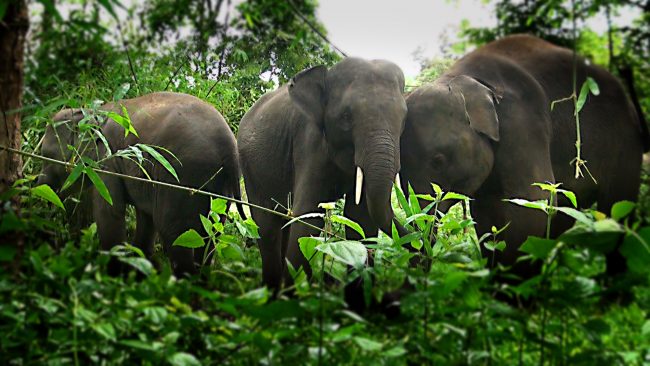 Marguerite du Plessis is a biologist and science journalist with a passion for nature. Her writing has covered developing science as it impacts communities and opinion editorials for the outdoor enthusiast.