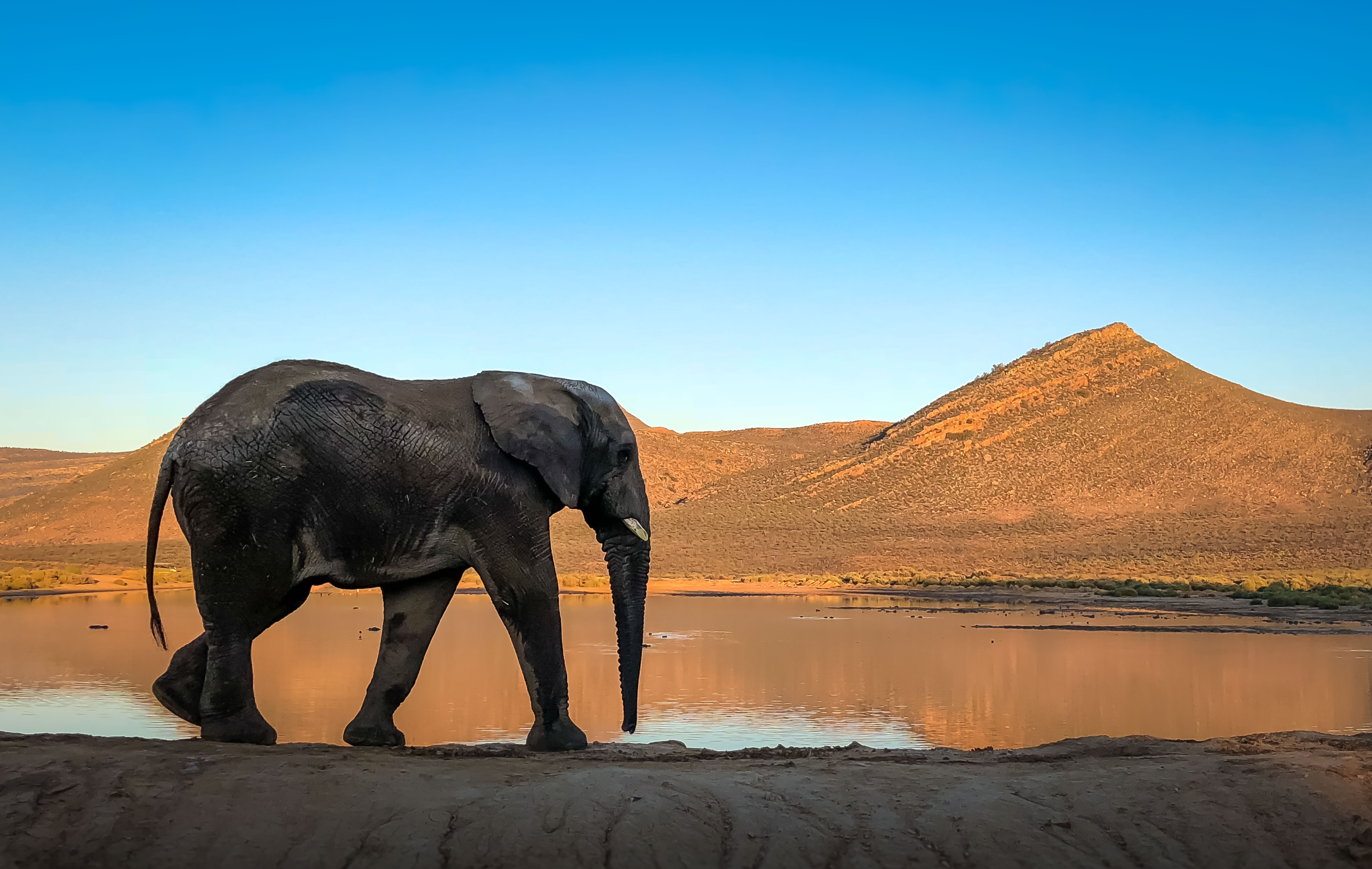 Some Superheroes Have Tusks

Elephants are critical players in the fight against the climate crisis. We need them. But because of that *other* global crisis, they’re more vulnerable than ever. They need us, too.

World Elephant Day is, of course, a global celebration of the planet’s largest land mammal. But while humans on the planet are battling two existential emergencies — the pandemic and the climate crisis — it’s worth noting that elephants can play a critical role in preventing both.

With global attention understandably focused on the more immediate dangers of the COVID-19 crisis, the climate crisis has gotten short shrift. But if you think the novel coronavirus has disrupted life as we know it, just wait to see what cataclysmic consequences await us when global temperatures rise just 2 degrees Celsius. That path is virtually assured unless we drastically change course on greenhouse gas emissions and a number of other environment-destroying policies that are threatening life on the planet.

We are going to need all the help we can get to fight the climate crisis, which, to be clear, will be considerably harder to navigate than COVID. To fight rising global temperatures, we’ll need assistance from key allies — like elephants.

Elephants and other megaherbivores (rhinos and hippos) are undercover climate change superheroes, which play a key role in keeping the planet cooler. The three recognized species of elephants (bush and forest elephants in Africa, and the Asian elephant) mitigate temperature rise in two types of essential ecosystems: grasslands and forests:

Elephants “contribute to the dispersal of the seeds for hardwood trees and are therefore essential to the growth of hardwoods that grow slowly and hold their carbon for long periods.”

A keystone species, elephants also play critical roles in keeping soil healthy and nutrient rich. Healthy soil is essential to carbon sequestration (drawing carbon out of the atmosphere and storing it in the ground), considered one of the most important solutions to fighting climate change.

So humans don’t even realize how much we need elephants.

Of course, ever since COVID hit, elephants need us more than ever, too. It’s a symbiotic, existential relationship that is imperiled by the twin crises of the moment. 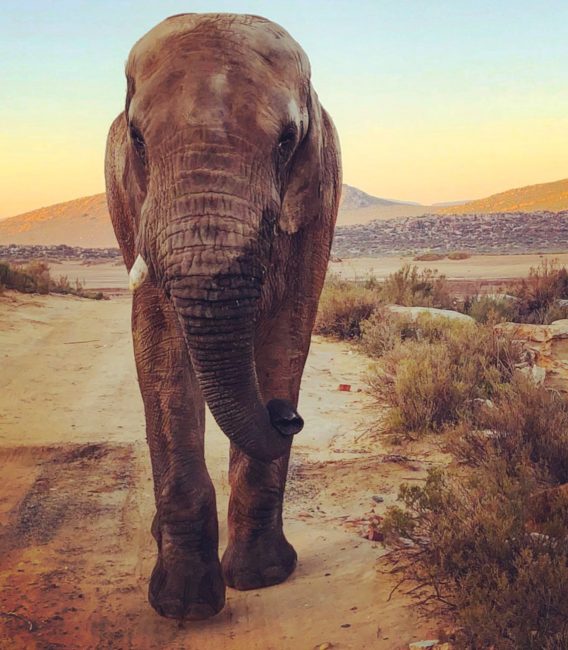 Elephants were already in deep trouble before the COVID-19 crisis hit. Between poachers slaying at least 20,000 African elephants a year, the ever-dwindling numbers of Asian elephants in the wild, and humans encroaching ever further into elephant ecosystems, elephant numbers globally are at a flashpoint.

The organization that monitors the planet’s fauna and flora health — the International Union for Conservation of Nature (IUCN) — listed the two African species as “vulnerable” and the Asian elephants as “endangered” on it’s Red List of Threatened Species.

Now that the pandemic has hit, elephants will be subject to even greater dangers, and that is primarily because of the shutdown of global tourism.

The tourism shutdown has crippled the artificial elephant ecosystems in much of Asia, where in most countries with elephant populations (exception: India), the numbers of captive elephants outweigh the wild populations. Since global travel has cutoff tourists from elephant sanctuaries in Thailand, Cambodia, Laos, and Sri Lanka, elephant keepers (known as mahouts) have been challenged to come up with the funds to feed their quarry. Elephants consume huge amounts of food and without guest-admission revenue, there is no income to feed the elephants. Returning them to the wild is near impossible, because there really is no “wild” where human incursion has not yet reached.

In Africa, the greatest threat to elephants are poachers, driven by international criminal cartels that receive astronomical sums for elephant tusks. Just as it has their Asian cousins, the tourism shutdown has impacted African elephants, but in Africa it has manifest in reducing the two biggest obstacles for poachers: 1) tourists, highly visible, whose presence deters poachers, and 2) rangers, who actively serve to protect wildlife.

The sudden vanishing of tourists has led to an increase in poaching, as well as to a revenue drought to support rangers. Tourism and travel contribute $169 billion to the continent’s combined economy, representing more than 7% of combined GDP. But the shutdown of tourism has devastated economies in Africa, and rangers are fighting off emboldened poachers, more desperate for the economic riches the illegal contraband of elephant tusks, rhino horn, and other animal prizes will bring. Twelve rangers in Virunga National Park, in the Democratic Republic of the Congo, were killed in April, attacked by armed militias.

Arguably worse for the planet, the tourism shutdown’s negative impacts on global and local economies has also led to an increase in another, non-commercial kind of poaching: subsistence poaching, for food.

Considering the circumstances that have given rise to our current pandemic, the more interaction that humans have with wildlife species, the more vulnerable both species are to zoonotic diseases, which jump from one species to another.

When poaching goes from commercial to subsistence, that raises an alarm with epidemiologists, because that’s where novel coronaviruses come from. The renowned epidemiologist Dr. Larry Brilliant — who helped eradicate smallpox — cited as much in a Ted Talk in 2007, in which he laid out the case for a causal link between climate change and pandemic threats. Megatrends, such as climate change, he noted, had set off a domino sequence of unexpected effects, from desertification to urban migration to soil depletion, which “disproportionately harm the poorest and the most vulnerable.” This confluence of circumstances has led to “humans turning more towards animal consumption,” and, in 2006, the consumption, for example, by Africans of 600 million wild animals and consumed 2 billion kilograms of bushmeat.”

“Every kilogram of bushmeat,” he noted presciently more than a decade ago, “contained hundreds of thousands of novel viruses that have never been charted, the genomic sequences of which we don’t know, their fitness for creating pandemics we are unaware of, but we are ripe for zoonotic-born emerging communicable diseases.”

Navigating the current pandemic has challenged every nation on the planet — some much more than others. The idea that there are hundreds of thousands more novel viruses out there — and that they are a hungry person’s meal away from impacting huge swaths of the world’s population — should give us all pause, and focus a global effort on saving elephants and other wild creatures. Likewise, if we imagine how much worse the challenges of the climate crisis will be than the pandemic — a scenario in which no looming vaccine will alleviate the crisis — it is clear that we need to stand up for and protect elephants and other megaherbivores.

Lance Gould is the co-founder and Chief Creative Officer of the media-strategy firm Silicon Valley Story Lab. He is also on the board of World Elephant Day’s public charity, World Elephant Society, and is a commissioner on the International Union for Conservation of Nature (IUCN)’s Commission on Education and Communication.