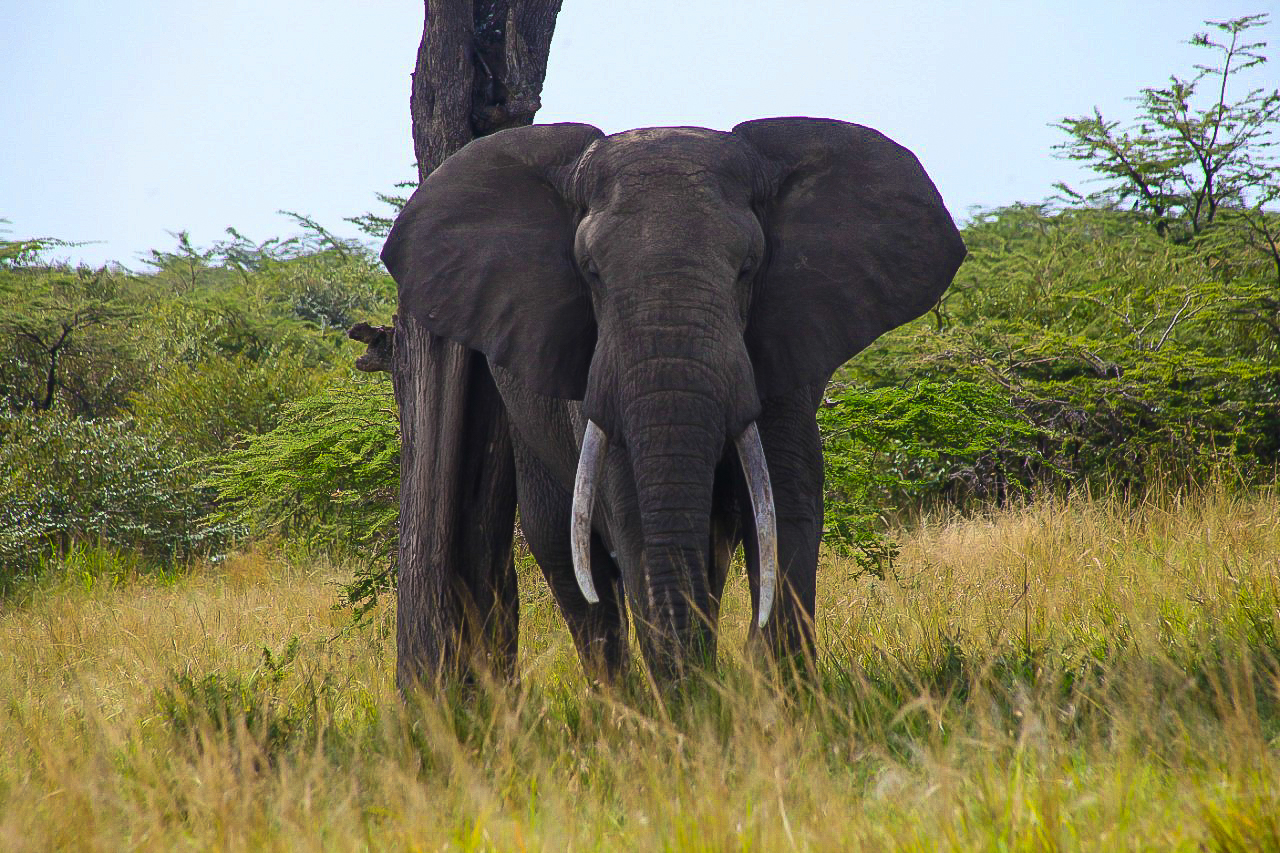 Each year World Elephant Day features our Friends of World Elephant Day organizations, and the current work they are doing for the greater understanding and protection of elephants.   Mara Elephant Project focuses on the wildlife, communities and habitat of the Maasai Mara.  Please read below to learn more about some of the individual elephants they are studying.

To celebrate #WorldElephantDay with all of you, Mara Elephant Project wanted to highlight some of the elephants we’re studying to increase protection for them and their habitat in the Greater Mara Ecosystem (GME). The MEP Research Department is hard at work collecting data from Kenya Wildlife Service (KWS) and MEP collared elephants and individual elephants through MEP’s long-term monitoring (LTM) team and we are learning so much about the elephants that call the GME home.

Fred is probably one of the most recognizable KWS and MEP collared elephants; he is one of the tuskers in the Mara. What makes Fred interesting is that he interacts so often with other large males around the ecosystem, Hugo (when he was alive) and Kegol (estimated at 50-years-old) and this bachelor herd is known to crop raid in nearby farms. Fred also generally stays in Mara North Conservancy; perhaps in his long life he’s learned that’s where he is safest. Meanwhile, KWS and MEP collared elephant Ivy is a “cropaholic” who, alongside her herd, has found ways to sneak into farms at night and stay in the safety of the conservancies during the day. Studying her movements has helped identify areas that need extra protection, especially when crops are ripe. Ivy as well is a breeding female and has birthed several calves while being monitored by KWS and MEP. Monitoring specific elephant candidates’ movements using a collar allows KWS and MEP to react in the short term to conflict and find long-term solutions to promote co-existence.

The MEP LTM team has identified a female elephant that has large tusks, similar to the size of a male elephant’s tusks. They have named her “individual 77” and have been able to study her regularly this year where she’s been monitored in Mara North Conservancy and the Triangle. She has a young calf (under 6 months old), and her size alone makes her a very interesting subject to photograph. Individual 18, a 30 to 40-year-old male, that the MEP LTM team identified in Mara North Conservancy has been monitored multiple times this year in Olare Orok and Naboisho, limping from what is suspected to be a sprained ankle or leg. Recently, he was seen on July 8 fully recovered. Monitoring elephants peacefully living in the community conservancies shows how important they are as part of the Greater Mara Ecosystem. The dispersal areas, just outside the conservancies, are where elephants come into conflict with farmers and that is where the MEP and KWS conflict mitigation teams focus their work.

These four elephants are just the tip of the iceberg, and over the next 10 years MEP is committed to unlocking the mysteries surrounding how they use the ecosystem to increase protection for wildlife, communities and habitat in the GME. Celebrate Mara Elephant Project’s Kumi (10th) Anniversary on World Elephant Day by supporting our efforts to protect elephants and their habitats across the GME.