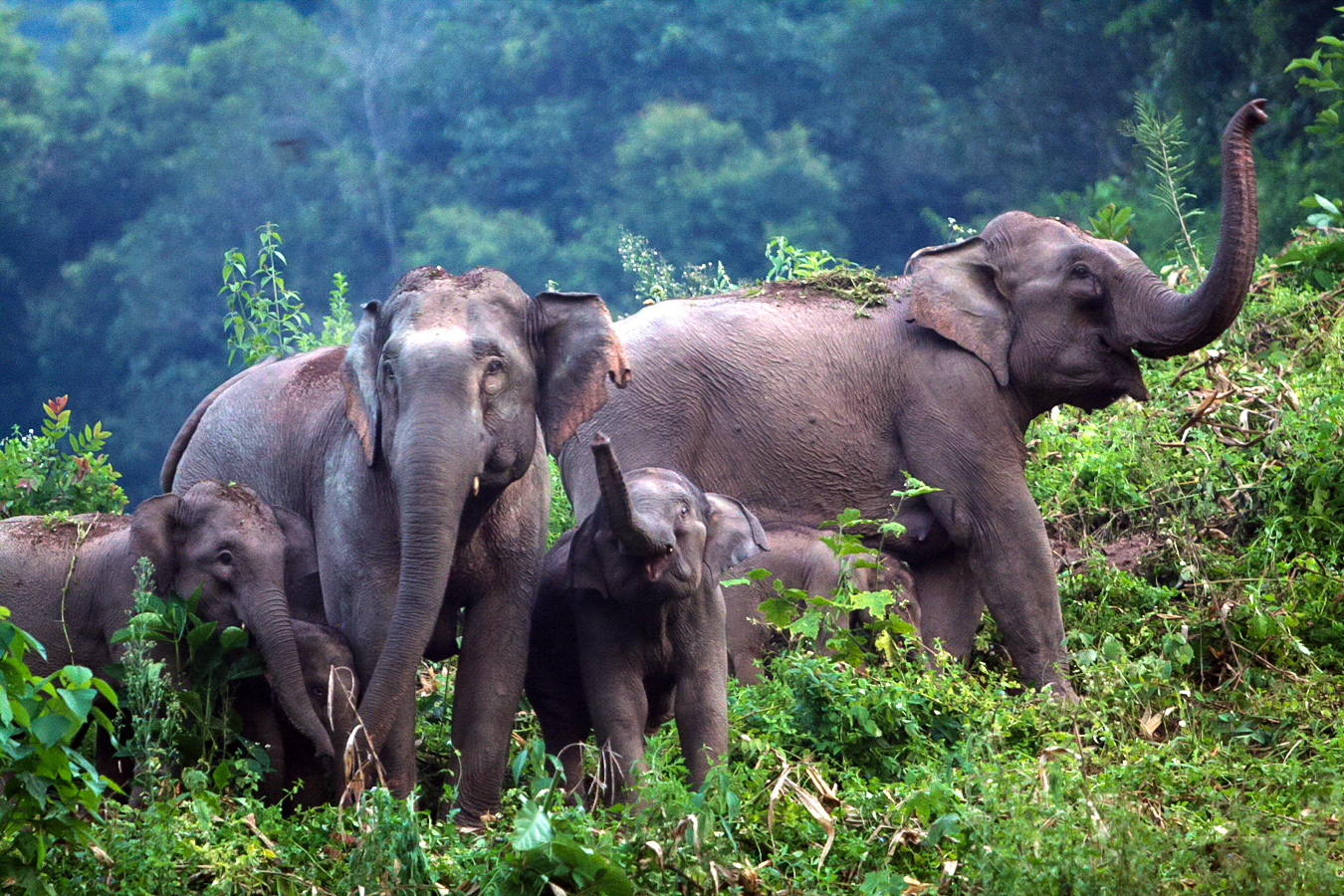 Saving Elephants … to Save Ourselves By Lance Gould

Human behavior is imperiling the planet — but we have some really, really big allies

While one story seems heartwarming and the other horrifying, the truth is they both derive from the negative impacts of human interference in the natural world.

After 18 months and a journey of more than 500 kilometers (300 miles), a herd of 14 elephants in China is close to completing an arduous loop back to where it began. The trek brought them from their home in a tropical reserve in southern China to the province’s northern, modern capital of Kunming, a vibrant city of close to 5 million.

It was announced on Monday that Chinese officials were able to coax the wayward herd across the Yuanjiang River, a critical step more than halfway home to Xishuangbanna National Nature Reserve, quite close to the Myanmar border. Though the elephants remain 200 kilometers away, officials now expect that return to happen soon, which will close the book on an adventure that gripped viewers around the globe. 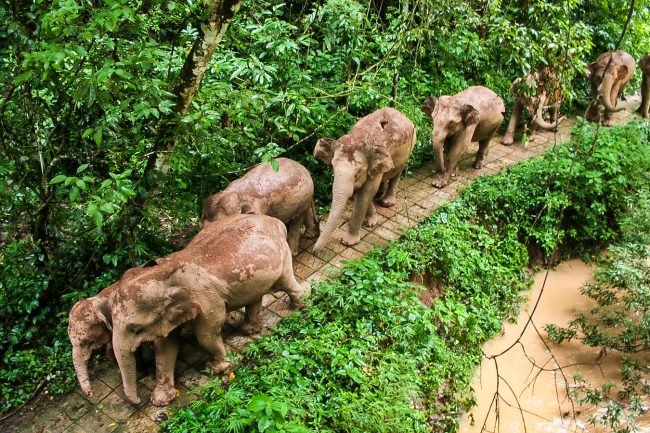 That same day, the United Nations-empaneled IPCC (Intergovernmental Panel on Climate Change) delivered a devastating indictment of mankind’s deleterious impact on Earth in a report that warns of some irreversible impacts of climate change that have already begun — and that much worse lies in store for us unless we take drastic collective action.

That collective action will require a near-immediate decrease in consumption and extraction of fossil fuels. But there are other mankind-driven actions that have had an unforeseen domino effect on the natural order, effects like a global pandemic to behavioral changes in animal species, including elephants.

Prepare for the Unusual
The Yunnan elephants’ unusual journey took governmental officials and wildlife experts by surprise. And the prospect of a major metropolitan city, Kunming, being visited by a family of massive elephants — including one calf born on the journey — took social media by storm, prompting 24/7 coverage by Chinese state media.

The trek would have been a natural viewing sensation even in non-pandemic times — a rogue band of rule-ignoring outlaw elephants breaking free of their proscribed unnatural confinement to a single habitat.

But perhaps the elephants enjoyed even further adulation because, in the midst of that deadly and unrelenting global pandemic, so many billions have been confined to their homes. That’s why millions of socially-distancing viewers worldwide tuned in to watch the drone footage of these anti-hero pachyderm protagonists, to whom quarantines did not apply. The elephants’ vicarious holiday road trip has been part “Easy Rider,” part “Thelma and Louise.”

The entire episode has been noteworthy for how unusual it is.

But as the IPCC report soberly warns, when it comes to climate, we need to prepare for the unusual. Weather patterns have become entirely less predictable and extreme. Wildfires, hurricanes, floods, droughts. Greenland ice melting. The gulf stream is approaching irreversible collapse.

Given the sudden unpredictability of the natural world after centuries of predictive outcomes, is it really so unusual that a herd of elephants went off their reserve in search of another habitat? 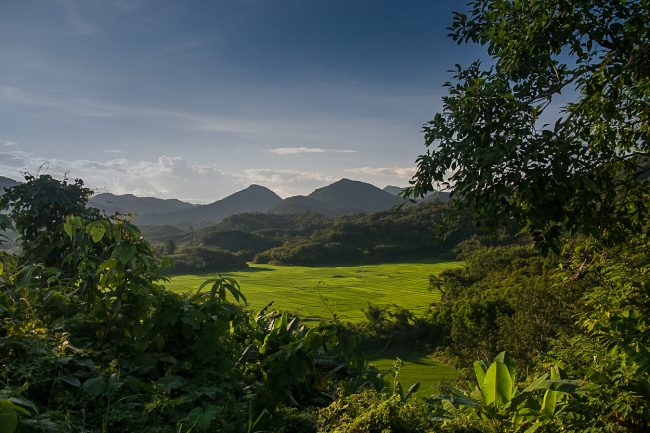 Where the Rubber Meets the Road
Because of their insatiable diets, elephants’ migratory patterns are as enormous as the elephants themselves.

The Chinese government has done a decent job of preserving and growing its elephant population, almost doubling it from 180 to 300 in the last 40 years. But because China’s elephant population has been limited to just about two reserves in the Xishuangbanna Prefecture, the vegetation in the area has not been allowed to recover and regenerate from the elephants’ aggressive diet. And though experts are not precisely sure why the elephants have bolted, the likely reason is lack of sufficient food, compounded by the incursion of humans into the elephants’ ecosystem.

“Almost 40% of the animals’ habitat in Xishuangbanna has been lost to commercial development over the past 20 years,” notes Dr. Li Zhang, professor of mammal conservation at Beijing Normal University and an expert on the Yunnan elephants. Zhang specifically points out the “extensive planting of cash crops like rubber and tea,” which have put the elephants in conflict with humans.

The further man expands into wild ecosystems, the more there will be Human-Elephant Conflict, a dilemma that caused the death of 12 people in Xishuangbanna in 2019, a dramatic percentage increase (compared to 33 deaths from 1990 to 2010).

Just as man’s impact on elephant ecosystems has led to unexpected consequences, so has man’s impact on global climate systems led to those unprecedented wildfires, hurricanes, floods, droughts, and other natural disasters.

This week, as we process the impactful news of the two news stories from Monday — and as we observe World Elephant Day, a global celebration and appreciation of elephants that emphasizes the value they bring to natural ecosystems — it’s worth noting that elephants may be a climate solution worth championing.

Elephants are climate change mitigators that, through their behavior as a keystone species, contribute significantly to natural carbon capture. In fact, an International Monetary Fund report established the value of a single African forest elephant at $1.75 million, specifically because of their ability to promote forest growth and capture carbon.

If we can reimagine human behavior — behavior that rewards the planet in the long term instead of commercial interests in the short term — we can repair the natural world, and return home ourselves.

Lance Gould is the founder and CEO of the media-strategy firm Brooklyn Story Lab. He is also on the board of World Elephant Day’s public charity, World Elephant Society, and is a commissioner on the International Union for Conservation of Nature (IUCN)’s Commission on Education and Communication.