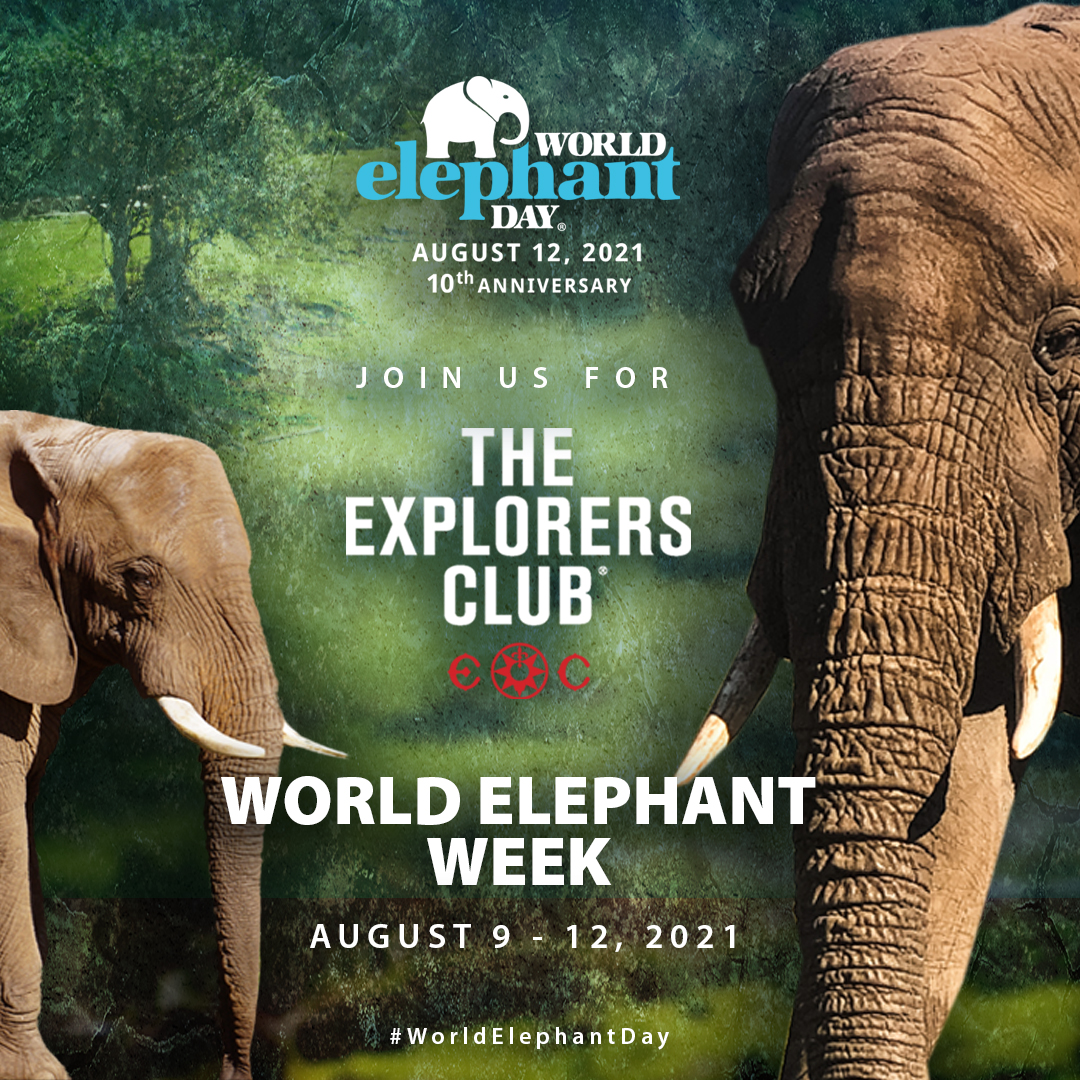 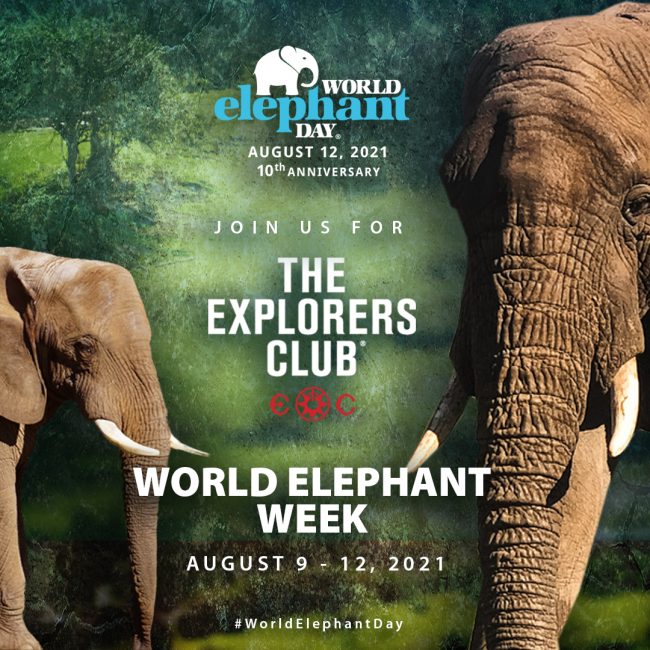 This year is the Tenth Anniversary of World Elephant Day. To celebrate this important anniversary we’re bringing some of the world’s top elephant experts into your living room to share their special knowledge and expertise about the threats that elephants face today which include habitat loss, human-elephant conflict, trafficking and captivity. The speakers will discuss these timely issues in their presentations, followed by a live interactive panel discussion where we’ll look at some of the hopeful conservation solutions currently underway to protect elephants for their future survival.
The speakers joining us on World Elephant Day are an outstanding group of individuals. The evening will be hosted by Mark Fowler, The Explorers Club Vice President of Conservation, Wildlife, and Sustainability. Mark will introduce World Elephant Day’s co-founder and executive director Patricia Sims. Patricia will provide a brief overview of World Elephant Day, introduce our distinguished speakers, and moderate what promises to be a lively and insightful panel discussion about the future of one of the most cherished and magnificent creatures on Earth. 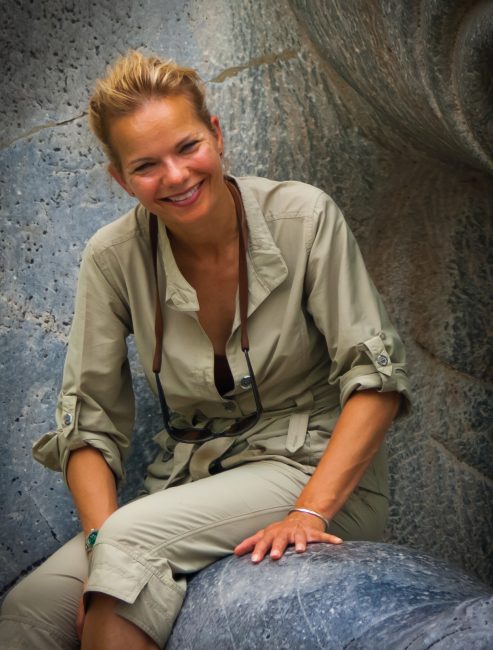 Patricia Sims is the co-founder of World Elephant Day, an initiative she launched on August 12, 2012, with the Elephant Reintroduction Foundation of Thailand. A Fellow International of The Explorers Club, Patricia has thirty years’ experience producing and directing nature documentaries and TV series around the world. She has collaborated with some of the world’s leading conservationists, scientists, and explorers, Russian marine bio-acoustic innovators in the Northwest Russian Arctic, and in the world of free-diving, in Japan with her late life-partner, the legendary world-record French free-diver Jacques Mayol. Her dedication to protecting the world’s wildlife led her to research and film the Asian elephants in Yunnan province, southwest China, and to produce and direct two multi-award-winning documentaries about the plight of endangered Asian elephants in Thailand: Return to the Forest in 2012, and When Elephants Were Young in 2016, both narrated by William Shatner. Patricia continues to lead and manage World Elephant Day as founder and executive director of its 501(c)(3) public charity, World Elephant Society, and is currently developing several documentary films focused on wildlife conservation. 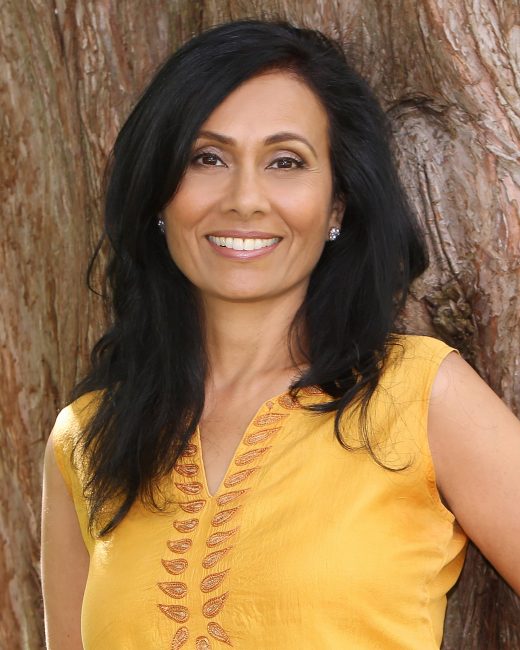 Sangita Iyer is a National Geographic Explorer, multiple award-winning nature and wildlife filmmaker, broadcast journalist, and biologist. She’s also the director and producer of the globally acclaimed epic documentary Gods in Shackles regarding the temple elephants of India. Sangita received “Nari Shakthi Puraskaar”—the highest award for women making a difference in India from the country’s president. This prestigious award recognized her courage in exposing the exploitation of elephants for profit behind the veil of culture and religion. In 2016, Sangita founded Voice for Asian Elephants Society, aiming to protect the endangered Asian elephants of India in their last bastion. Her recently produced twenty-six-part short docu-series, Asian Elephant 101, was launched today – World Elephant Day – on National Geographic Television, India, and the Nat Geo WILD YouTube channel. Sangita’s book, Unshackled, is being published by Hay House in India, USA, the UK, and Australia, and is slated to be released in the next few months. 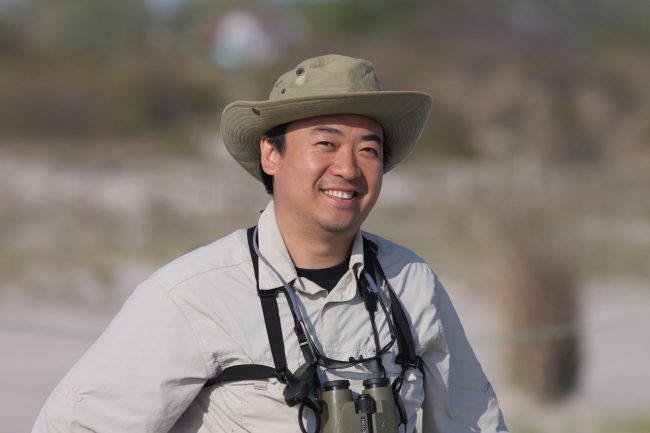 Li Zhang is a highly regarded DPhil, scholar, researcher, and professor whose focus has been field biology and conservation practice as it relates to the Asian elephant in China and northern Laos. His area of expertise also incorporates the wildlife trade and its threats to endangered species. In various professional positions over the years he has helped to develop public awareness and education about wildlife consumption reduction in China. He is currently a professor at Beijing Normal University, following on from his position as Program Director, China, for Conservation International and before that, China Country Director for IFAW (the International Fund for Animal Welfare). Currently he is also the Secretary General of the Society of Entrepreneurs and Ecology Foundation (SEE), the largest Chinese local foundation on environmental conservation. Annually, it raises about half a million dollars to restore elephant habitat in Yunnan. 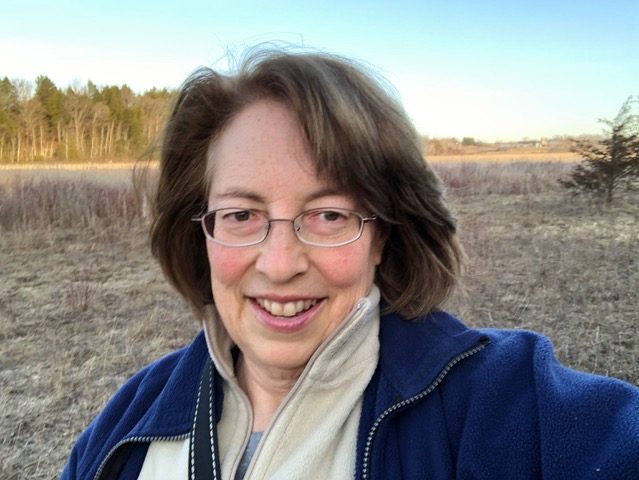 Laurel Neme PhD is a journalist, wildlife expert, and author of Animal Investigators: How the World’s First Wildlife Forensics Lab is Solving Crimes and Saving Endangered Species. She and her book were featured on ABC News Nightline and NPR’s Science Friday. She is also the author of two wildlife-related books for children. Laurel is a regular contributor to National Geographic, Mongabay.com, and the New York Times Magazine for Kids. Her writing and speaking builds on more than a decade of work in over a dozen African countries. In 2013, she was awarded the University of Michigan’s Humanitarian Service Award for her work in raising awareness about wildlife crime. She holds a PhD in international and public affairs from Princeton University and a Master’s in Public Policy from the University of Michigan—so perhaps that’s why she has a special place in her heart for tigers and wolverines! 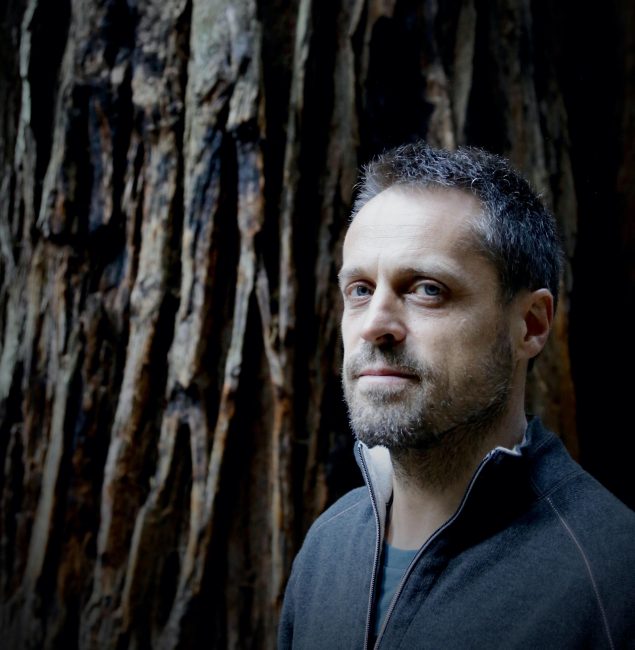 Andrea Crosta is the executive director and a board member of Earth League International. He has over thirty years’ experience in conservation projects around the world, which draws upon his background in high-end security technologies and services. A founding member of the Wildlife Justice Commission in the Netherlands he is also a board member of the Africa Conservancy Foundation and the creator and project manager of WildLeaks, the world’s first wildlife crime whistleblower initiative. He is featured in the Netflix documentary The Ivory Game and the NatGeo documentary Sea of Shadows, about the potential extinction of the Vaquita porpoise in the Sea of Cortez, Mexico. He is also the co-author of the first investigation into ivory trafficking and terrorism, “Africa’s White Gold of Jihad: al-Shabaab and Conflict Ivory,” which changed the narrative around the issue of elephant poaching and ivory trafficking. He is a Fellow of The Explorers Club.

Panel Discussion Theme:  What are some of the positive outcomes for elephants in the last ten years?
Including
Shermin de Silva
PhD Conservation Biologist and Behaviorial Ecologist
https://www.trunksnleaves.org/ 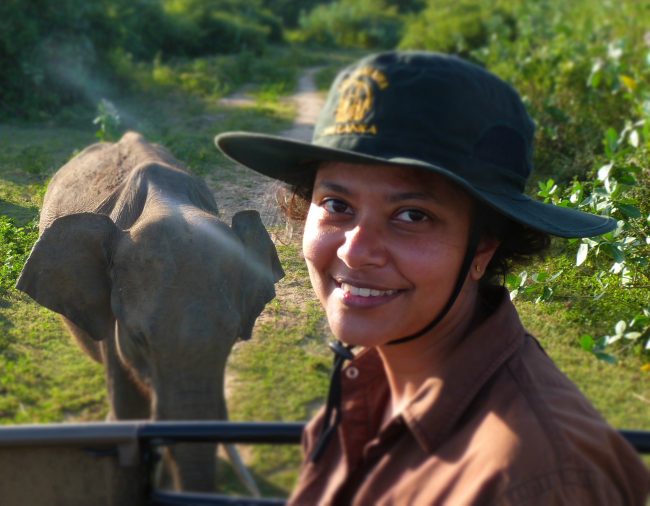 Shermin de Silva PhD is a conservation biologist and behavioral ecologist and as such, the president and founder of Trunks & Leaves, a Sri Lankan nonprofit focused on promoting the evidence-based conservation of Asian elephants and their habitats through science, education, policy, and advocacy. Shermin obtained her PhD from the University of Pennsylvania, studying the behavioral ecology and demography of Asian elephants. She has written many articles related to Asian elephant conservation in peer-reviewed journals. At present she directs the Udawalawe Elephant Research Project in Sri Lanka, which she initiated in 2005. She is a founder and trustee of EFECT, Sri Lanka, as well as a member of the Asian Elephant Specialist Group of the IUCN Species Survival Commission. She is also a member of the editorial board of Gajah, the journal of the specialist group.