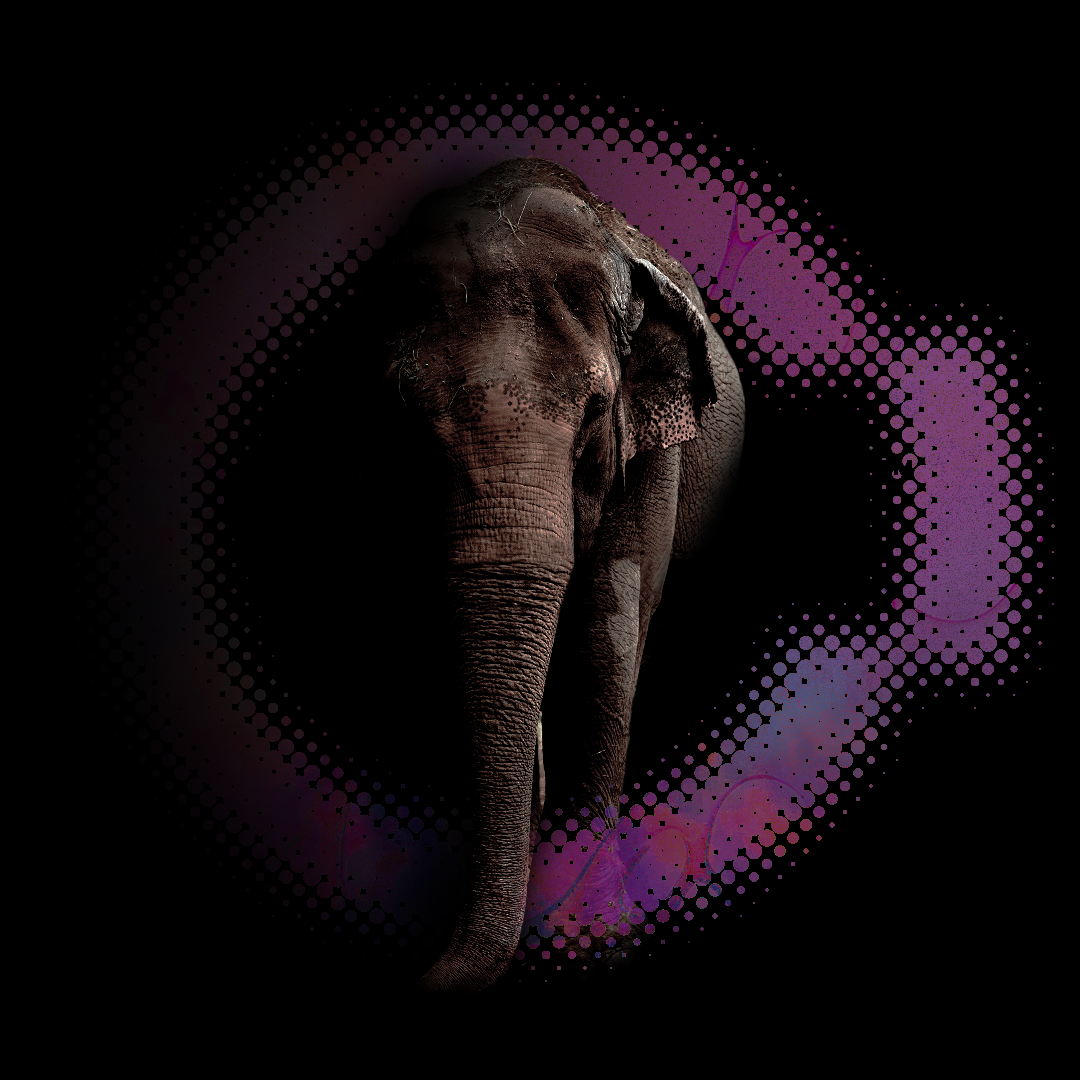 The landmark de-extinction genetic rescue effort guarantees the genetic preservation of the endangered Asian elephant for generations to come.

Colossal Biosciences, a breakthrough biosciences and genetic engineering company, and the Vertebrate Genomes Project (VGP) have become the first to successfully sequence the entire Asian elephant genome, introducing a new wave of innovative and disruptive animal conservation. Mammalian genetic code has not been fully sequenced at this degree since the Human Genome Project was completed in the early 2000s, which forged the ability to read nature’s complete genetic blueprint for a human. This effort not only ensures the endangered Asian elephant lineage will endure, but also introduces a new wave of thoughtful and disruptive animal conservation through genetic rescue.

“Colossal is committed to the VGP mission of sequencing all vertebrates to genetically back-up critical and keystone living species. By bringing resources and attention to these groundbreaking efforts, we can create new pathways to saving biodiversity, impacting climate change, and preserving life on Earth,” said Ben Lamm, Colossal Co-Founder and CEO.

The first phase of this landmark project which was completed in June included the sequencing, assembly, and annotation of the Asian elephant (Elephas maximus) genome. The next phase of the project will include genetic rescue of the African elephant (Loxodonta africana), the Forest elephant (Loxodonta cyclotis), and the Borneo elephant (Elephas maximus borneensis) genomes, which are all classified as endangered or critically endangered species by IUCN. The high-quality genome assemblies of the Asian elephant are complete and near error-free, and ensures all valuable parts of the genomes are captured for long-term species preservation and de-extinction efforts.

“I am glad that we are able to generate a high-quality genome that will be useful for Colossal’s endeavors and other collaborators within the Vertebrate Genomes Project. I am glad that Colossal is helping the VGP in our efforts,” said Erich Jarvis, PhD, a Howard Hughes Medical Institute Investigator and Professor at The Rockefeller University. Dr. Jarvis is Chair of the Vertebrate Genomes Project.

“This is one of the highest quality reference genomes ever produced. Advances made in this accomplishment will fuel a promising future for the rapid advancement of species restoration and extinction prevention worldwide through genetic rescue,” said Sara Ord, Colossal Director of Species Restoration. 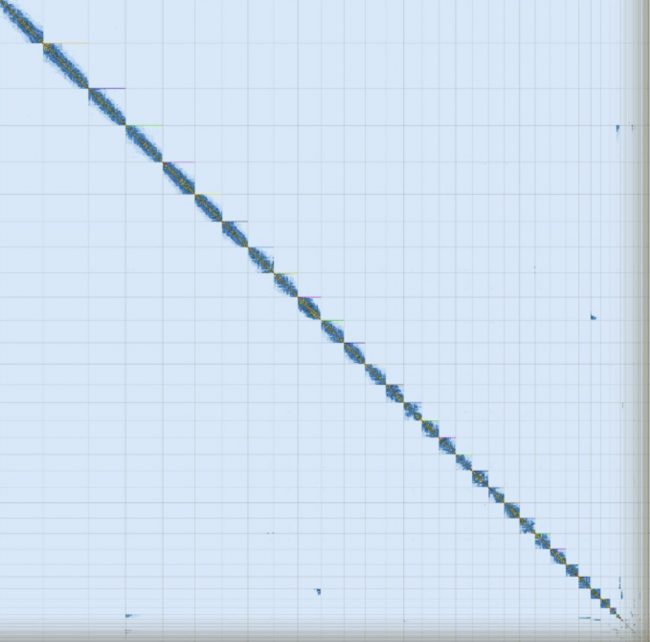 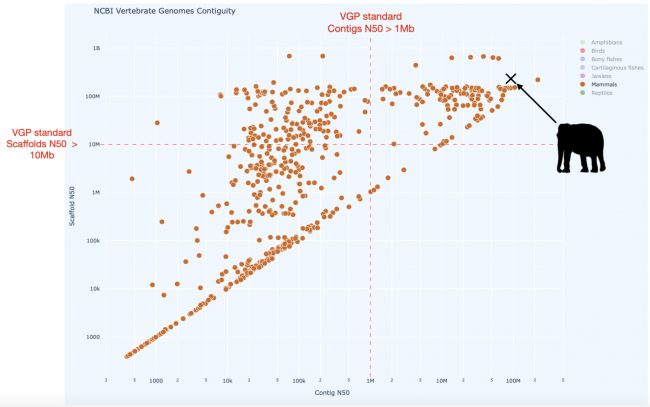 Colossal Biosciences launched in September 2021, when the company announced it will de-extinct the Woolly Mammoth, which shares 99.6 percent of its DNA with the Asian elephant.   In addition to work with VGP,  Colossal is committed to the development of software, wetware, and ex-utero gestational technologies to advance species de-extinction efforts more broadly.  Genetic tools and technologies developed by Colossal will also have the potential to advance human health, enhance food production, reduce environmental impact, and optimize animal health and welfare.

About Colossal
Colossal was founded by emerging technology and software entrepreneur Ben Lamm and world-renowned geneticist and serial biotech entrepreneur George Church, Ph.D.  Colossal creates disruptive technologies for extinct species restoration, critically endangered species protection and the repopulation of critical ecosystems that support the continuation of life on Earth.  Colossal is accepting humanity’s duty to restore Earth to a healthier state, while also solving for the future economies and biological necessities of the human condition through cutting-edge science and technologies. To follow along, please visit: www.colossal.com

About the Vertebrate Genomes Project (VGP)

The Vertebrate Genomes Project (VGP) aims to sequence high-quality reference genomes for all living 70,000+ vertebrates (i.e., mammals, amphibians, birds, reptiles, and fishes), and to use those genomes to address fundamental questions in biology, disease, and conservation. This includes using to the genomes to identify species most genetically at risk of extinction, and to preserve the genetic information of life. The VGP produces near error-free and complete chromosomal-level genome assemblies, and has become a model for the broader Earth Biogenome Project, to produce high-quality assemblies of all eukaryotic species. To date, the current VGP pipelines have led to high-quality reference genomes for over 135 species deposited in the public databases, representing the most complete and accurate versions of those species to date, including multiple species at risk of extinction. The VGP 2021 flagship paper and associated publications demonstrates feasibility in quality standardization and scale for the field of genomics. To find our more information, visit https://vertebrategenomesproject.org/.