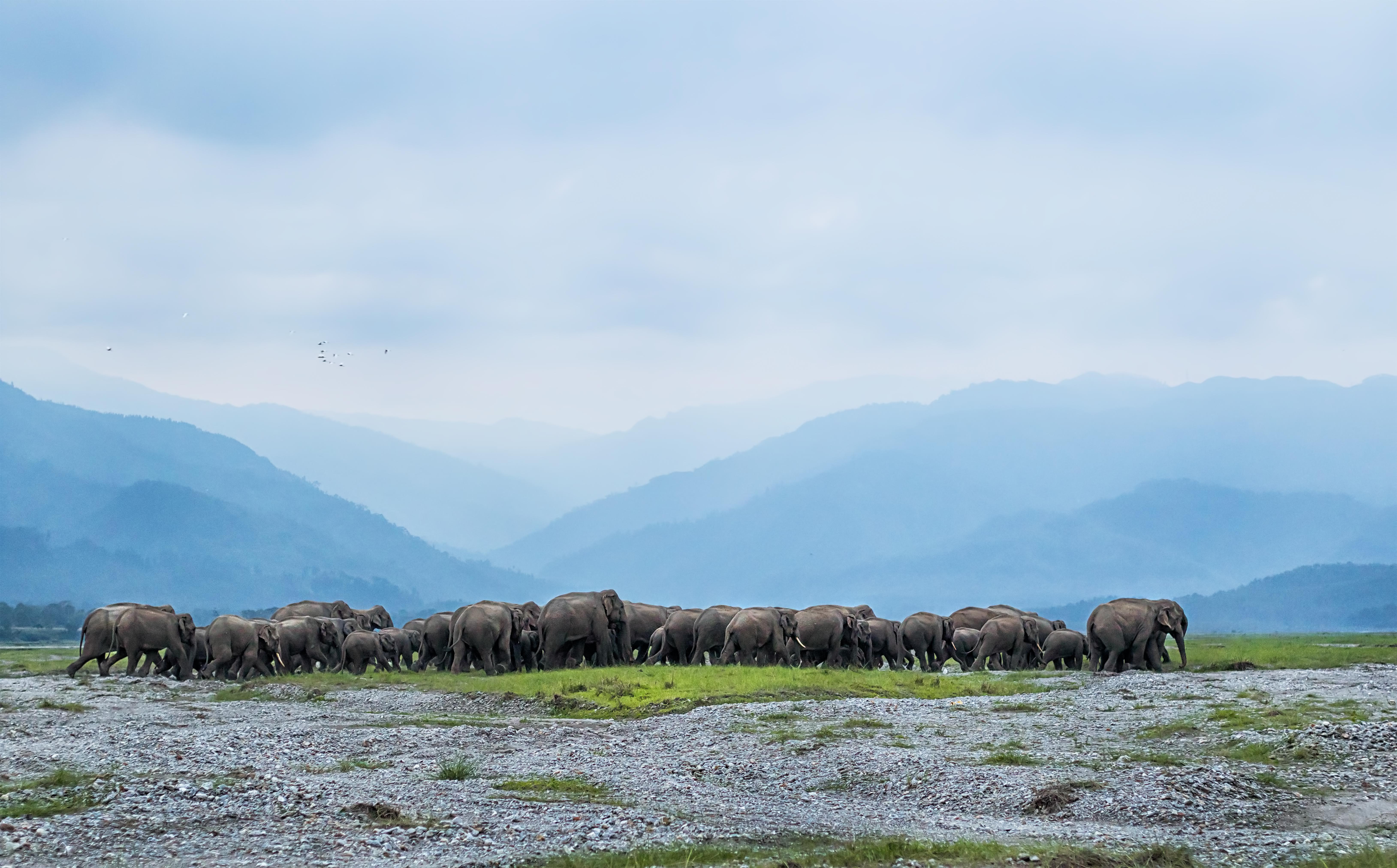 A wild herd at the Indo-Nepal border — photo: Avijan Saha

The Elephant in the Hourglass: Reckoning and Hope Along the Himalaya

Our story begins at the foothills of eastern Himalaya, in a tightly packed landscape known as the “Chicken Neck of India’ where wild Asian elephants once roamed freely through dense forests and jungles, rich with nourishing food and water. Where local people lived in harmony with nature, respecting elephants as gods, and honoring the life-saving value of peaceful co-existence. Once upon a time, the only borders were mountains like Kanchenjunga and rivers such as the Teesta and Metchi rather than three separate countries, Nepal, Bhutan, and Bangladesh. Monsoon season was celebrated for the abundance of rainfall necessary for all living things to thrive.

Let us begin with devotion.

At the edge of Gorumara National Forest, moss covered stairs lead from the road to a small shrine tucked and scattered within the exposed roots of a stately tree. Dirt paths converge in a forest of thick foliage and tangled vines. A fresh elephant footprint is pressed into the muddy earth between a rushing stream and a collection of flags, symbolic icons, and candles that make up the Mahakal Shrine. 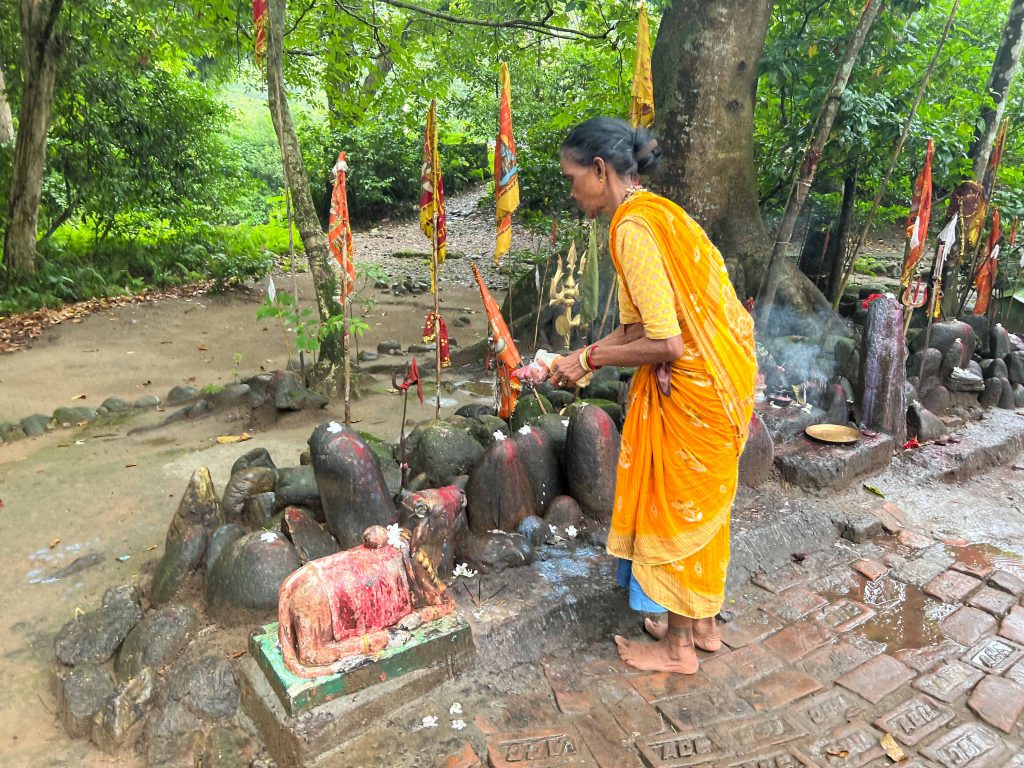 A woman in a bright orange sari chants a high-pitched, throaty song as she pours hot milk over the statues of cows and gods; steam rises, mixing with smoke tendrils from incense, white petals are scattered throughout. For Hindus, “Mahakal,” is the god of destruction, a form of Shiva. Indigenous communities refer to the elephants as “Mahakal.” In both, Destruction is viewed as a beginning, the unending circle of life and death. Over the years, people have tried to build a physical structure here, but the elephants of the forest tore it down after each attempt. The elephants pass through here every day—sometimes a lone bull, often a small female herd. With deft trunks they pluck the shrine’s offerings: bananas, mango, sweets; leaving the sacred items untouched.

Here, time stands still. Yet North Bengal has dramatically and rapidly changed. Tea plantations, highways, train tracks, and increased human settlements dominate the landscape, creating blockages between forest patches. Bordering countries, Bangledesh and Nepal, spill immigrants into fragile housing within elephant corridors. In 2017, an 18-kilometer electric fence was erected at the Indo-Nepal border to keep elephants out of Nepal. While saving the elephants from shooting and/or poisoning by Nepalese farmers, the fence also caused elephants to pool in nearby human habitats in India. An increased military presence there, to protect the strategically sensitive region, means high walls surrounding army camps. The remaining forests can no longer sustain life as the demands for growing food and timber far outweigh the supply of remaining habitat. Elephants now migrate to consume farmers’ maize and rice crops for their nutritious needs.

The struggle for survival is now an epic battle over basic resources, food, and water. At its height, there are multiple casualties and extreme stress on both humans and elephants. 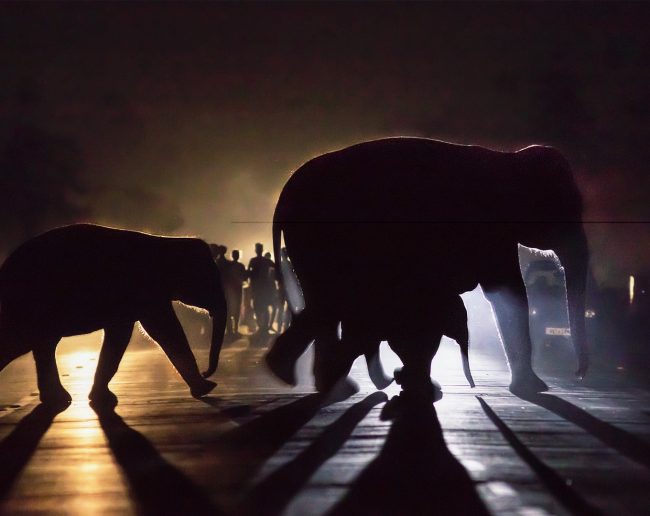 Wild Asian elephants are endangered, their numbers total less than 50,000, with a 50% decline over the last three generations. More than half are found in India, with approximately 10,000 struggling to survive in the northeastern states. (World Wildlife Fund)

In India approximately 400 people are killed by wild elephants annually, far more are injured. While North Bengal has only 2% of India’s entire wild elephant population, 12% of all human deaths caused by elephants take place here. In villages throughout North Bengal, farmers’ crops are eaten and houses destroyed in the ongoing search for food by hungry elephants.

Elephants are not faring well. Unlike many wildlife policies in the United States, it is illegal to kill or injure an elephant in India, no matter how much death or destruction they have caused. But approximately 100 elephants die throughout the country each year due to human-caused scenarios, such as poorly strung wires, illegal electric fencing, and collisions with trains. One notorious railway in North Bengal runs through thirteen elephant protected areas and corridors. Known as the “killer track,” over 55 elephants were killed by trains from 2004–2016, with many more deaths in the years since. 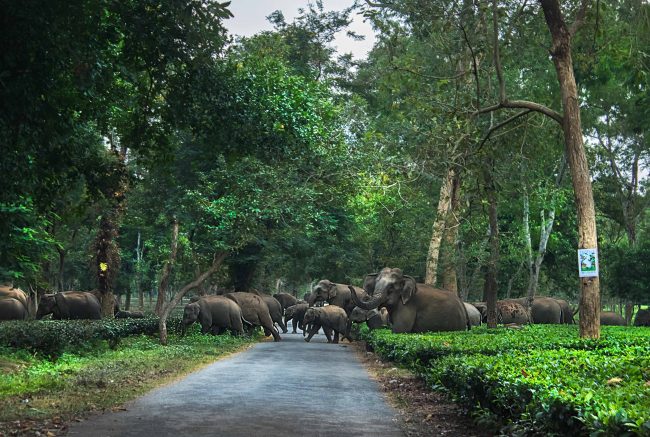 In the middle of the night, a young mother with two toddlers hears crashing in her kitchen. A large tusker elephant has crushed the walls to rubble in his search for stored maize. The mother runs to her sleeping babies and collects them, one in each slender arm. Their home is destroyed, but her children are safe. The rains are coming, but there is no money or help to rebuild this family’s home. 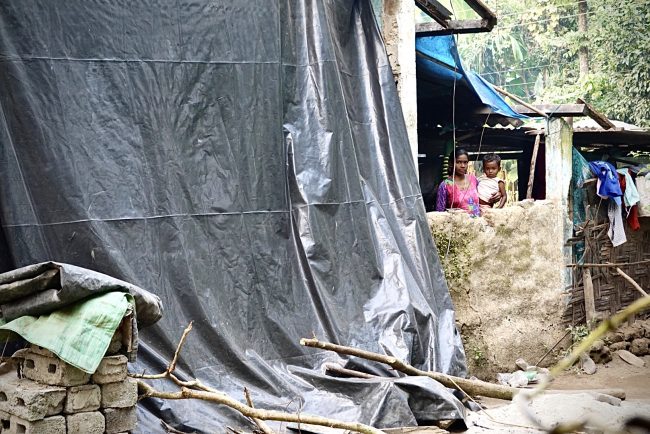 Mother and child in their house destroyed by elephants a week before monsoon season — photo: Kim Frank

An elephant herd is stranded in a tea garden; the irrigation trenches are too deep to safely walk their calves through. A crowd of villagers has gathered to see the elephants and to take selfies. The crowd grows into a mob, young men get closer and throw rocks; they yell and try to take photos. The herd is chased off, but the people close in on a calf. She is separated by from her mother in the crowd. The herd moves on and the calf is abandoned.

At dawn, a Forest Ranger is called to a village. He is anticipating a rageful crowd. The current report is that an elephant has destroyed a house, seeking stored rice beer, and only the parents escaped. Their child remained. The Forest Department is woefully understaffed and underfunded. This ranger has so many conflict-related distress calls, he hasn’t slept more than a few hours per day, none at night, and he drives an hour on an almost empty tank of fuel to respond to this call. Last year, the stress caused him several mini strokes.

When he arrives on the scene, the crowd parts to reveal a six-year-old girl lying dazed but unharmed on the dirt lane. The villagers tell the ranger how the marauding tusker lifted the child out from her bed and gently placed her in the lane before returning to its search, ultimately reducing the entire home to rubble.

Each of these scenarios is a true story. This is the scenario in North Bengal between Asian elephants and the humans who live among them. There are hundreds of incidents like this every year, and the numbers are increasing. 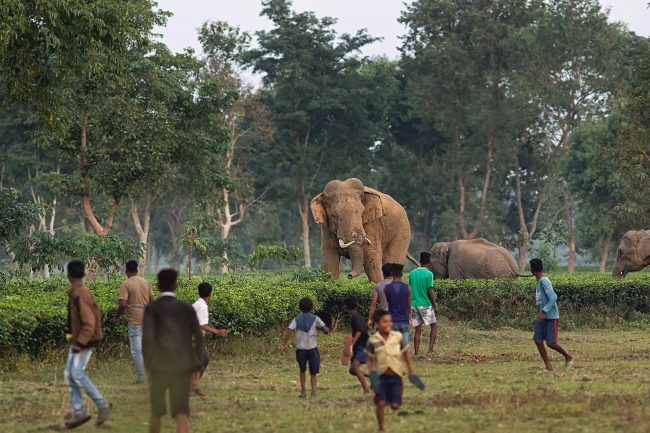 Still, there is heart …and everyday heroes.

Although the situation is dire, there is hope. Organizations like the Wildlife Trust of India, which identified 101 corridors to free elephants’ natural movement between blocked forests. Through Upasana Gangley’s leadership they have engaged a wide network on the ground, an example of which is SPOAR led by S.P. Pandey. It engages local communities and tea estate management in creating safe passages with tools to help people safely and respectfully live alongside wildlife. Other good work is being done by individuals like Avijan Saha, who dedicates his life to documenting elephants and educating local villages. Forest Department rangers, meanwhile, expend every ounce of energy and skill to manage the conflicts in real time. Tea estate owners, such as Nuxalbari Tea and many others, have become “Elephant Friendly,” with efforts such as rewilding and creating safe elephant passages. 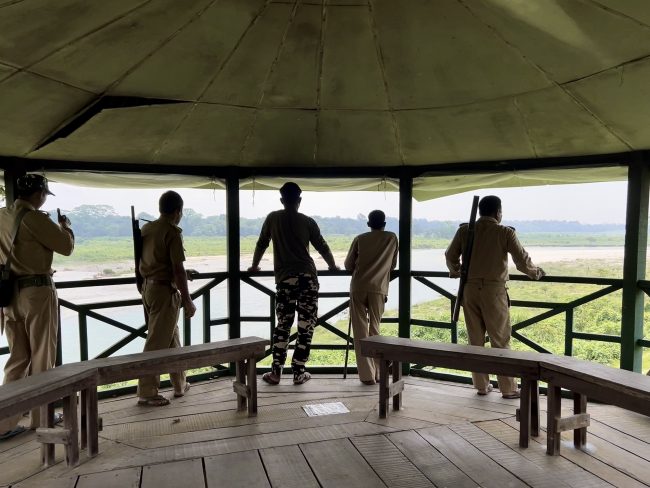 Innovative solutions, such as alternative fencing, crop insurance or banks, new laws for train speed and signals, and research to track elephant movement and habit are all underway in the effort to decrease the conflict and create a healthy coexistence.

The entities who are responding to the crisis—the wide array of inter-government offices, local communities, advocacy groups, media, business owners, and international funders—must work harmoniously in unprecedented ways. Given the urgency, many are rising to the occasion. No one is sleeping.

The people in this region have become my friends; their work is an inspiration. This urgent crisis and the lessons within have taken root, motivating me to share these complex stories with compassion and honesty.

I believe storytelling has the power ultimately inspire meaningful change. This is my small contribution in a complex jigsaw puzzle of solutions. Toward that end, I have spent the past five years visiting this region, researching, learning from mentors, and building networks. I have written four articles and recently completed a book, The Elephant in the Hourglass. We are in production for a nonfiction film, Where the Forest Roars, with a talented creative team including Avijan Saha (photographs in this article), Trevor Wallace, Todd Soliday, Leah Warshawski, David Concannon, and Sourav Mandal, and others. 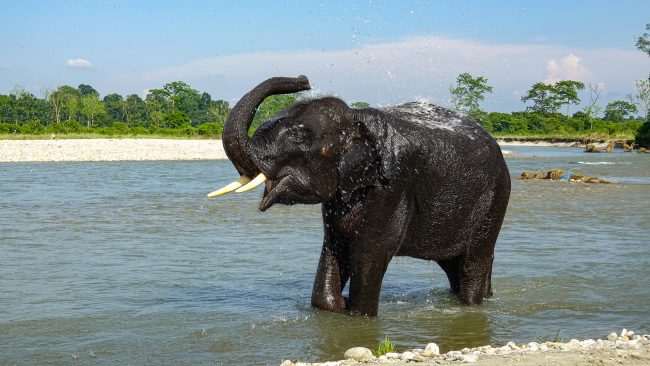 Elephants are communicating something to us. Each person I have worked with believes this with their heart and soul. For coexistence to work, basic needs must be restored through meaningful solutions ensuring food, shelter, and safety for all.  There is still time. The elephants are teachers; it is up to us to listen, learn, and act.

Kim Frank is an award-winning writer whose work is published across the globe. An Explorers Club Fellow, she holds an MFA and a Master’s in Public Policy. To learn more about this multi-media project, support the documentary in production, or for publication enquiries contact kim@kimfrankwriter.com or visit her on Instagram.